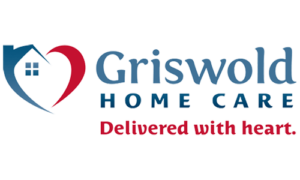 Working as a registry allows Griswold Home Care to offer its clients more flexibility and gives clients and their families the opportunity to partner more closely with their caregivers to set the schedule for their care. If this idea appeals to you, then Griswold—with its standard homemaker and personal care offerings, and its willingness to adapt to different care situations—is certainly worth contacting if they serve your area.

Everyone experiences threats to their independence as they get older, whether those threats come through injury, illness, or the general loss of function that accompanies aging. Many people respond by giving up their independence and moving into assisted living, but more and more seniors are choosing to age in place—to remain in their homes and look for ways to preserve their independence. That’s where Griswold Home Care comes in: like other home care agencies, it links clients with home caregivers and other professionals who can help with all the things necessary to keep seniors healthy and improve their quality of life.

Griswold Home Care was founded in 1982, making it one of the oldest major home care agencies currently operating in the US. Based in Pennsylvania, it now has nearly 200 locations across the country. Like a few home care agencies, Griswold screens its caregivers, but doesn’t directly employ them: instead, they facilitate as the client and the caregiver set up a contractual relationship on their own.

Not every caregiver was happy about this approach: on online job review sites like Glassdoor and Indeed, there were scattered complaints about caregivers having to do their own taxes and work independently. Most employees, however, seemed satisfied: Griswold received some of the highest employee ratings of all the home care agencies we looked at, and nearly 70% of employees who reviewed the company on Glassdoor said that they would recommend the company to their peers.

“This is a wonderful company to work for. Management is very supportive and staff always work hard to find you clients that would well with your schedule and abilities.”

“Griswold is a wonderful company to work for. The owners are caring and compassionate about their clients. The staff is experienced and work as a team.”

“The management makes an awesome environment to work in, you can and will love all the staffing in this agency.”

Griswold offers a suite of what it calls “Homemaker Services” which include all the help a senior living alone might need to maintain their independence, including laundry and light housekeeping, running errands and providing transportation, pet and plant care, and meal planning and preparation.

Griswold also offers personal care services, which include everything from basic hygiene to skin care to assistance with toileting and help for bedridden clients.

In addition, Griswold offers care for those with a variety of needs, from sporadic respite care to relieve caregivers who need a rest, to live-in and 24-hour care for clients who need more intensive supervision. Griswold also offers help for those receiving hospice and palliative care and provides private-duty caregivers for people who want to augment the care they receive in a hospital, rehabilitation facility, or assisted living environment.

Operates As A Registry

As noted elsewhere, Griswold operates more as a middleman—they use a registry system in which the company narrows down their list of caregivers and recommends a selection of them to the client. The client then chooses their caregiver and contracts with them directly. While some might prefer to rely on an agency for their care, many find that cutting out the middleman can help the client find a longer-term care relationship, and can give both clients and caregivers more flexibility in the hours they contract for and the schedule they choose to maintain.

7 Steps To A Financially Secure Retirement

While no single franchise can be used to characterize an entire company, we take time to sample online reviews of locations around the country in order to see if there are any trends across locations. After looking at over 100 reviews of a wide selection of Griswold locations, we found that they earned a weighted average of 4.6 out of 5 stars, putting them right on par among their competition. We also noticed the following trends among the reviews:

Since Griswold locations work as registries, there’s an understandable focus on the providers among the reviews, with an overwhelming number of customers expressing appreciation and gratitude for the quality of care they received. There were a few complaints about individual caretakers, but again, no more than one would expect in comparison with Griswold’s competition.

The same could be said of the way clients regarded the office administration. There were a few isolated issues with the registry system, with some clients expressing dissatisfaction with their caregivers and wishing the local office had played a more active role in resolving disputes, but again the vast majority of reviewers felt that the local office had served them well by putting them in touch with compassionate and professional caregivers.

Given the potential vulnerabilities in the registry system, one might expect to see more complaints about punctuality or reliability among caregivers, but apart from the isolated issues mentioned previously, Griswold’s customers seemed to find the independent caregivers they dealt with to be as trustworthy and dependable as those from any other company, a sign that Griswold’s screening process does a good job of selecting home care workers.

“The Griswold team has been a fantastic partner in helping to care for our mother. When we first approached them about four years ago, we were just looking for someone to keep Mom entertained–go shopping, out to lunch, etc. As Mom has aged, the care she has needed and been provided by the AMAZING Griswold caregivers has evolved, too. The competent, caring office staff, the seamless billing process, and the high quality caregivers have all combined to make this service worth every penny.”

“They were absolutely excellent. They came when they were supposed to. They stayed and give us extra help as we needed. They’re very professional. I had no complaints. I will use them again and I had referred them to a couple of people already.”

“I was most grateful for the owners and the caregivers from Griswold Home Care during the time I desperately needed help with caring for my mother—as she wished to live out her time at her own home. The administration and the caregivers were very professional and compassionate towards both my mother and myself.”

As a registry, Griswold commonly suggests an hourly rate to its clients, who may then do some negotiating directly with their caregivers; Griswold earns money in the process by charging an office fee per hour worked—a fee that, ideally, is less than companies working as agencies would add to their hourly rates in order to cover overhead. In our survey of locations, we found that despite working through a different system, the cost for Griswold caregivers were right in line with the local rates as assessed in the Genworth Cost of Care survey.

The registry system means that certain other aspects of the cost of care are up for negotiation as well. Locations generally “suggest” a four hour minimum visit, but it’s possible that, depending on the caregiver, shorter visits could be feasible. It’s essential, though, to be prepared to work out these details with the caregivers themselves.

Griswold’s caregivers are prepared to provide the full range of services needed by seniors living at home, and the company offers these services on a live-in and 24-hour basis, as well as in hospice situations. Interestingly, most Griswold offices operate as registries, rather than agencies, offering people looking for home care the opportunity to work directly with the people serving them—a boon for those looking for longer-term arrangements and more flexibility. If you’re in the market for home care, and hoping to establish a long-term relationship with one or more caregivers, Griswold is worth a look.