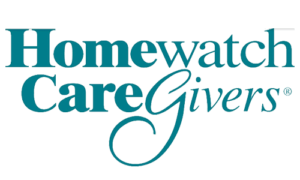 Some of the most trying times for seniors aging in place are in the immediate aftermath of surgery or injury. And many seniors turn to home care companies for assistance in such times. As it happens, Homewatch CareGivers focuses on care for seniors after a hospital discharge or after surgery, making it a good choice for those looking for help with recovery. Homewatch also specializes in senior transportation and care for chronic conditions, and offers a full range of companion and personal care services, making them a worthwhile possibility for seniors with a wider range of needs as well.

As the baby boomers age into their retirement years, many are aiming to stay in their homes as long as possible, an approach to senior living that’s known as aging in place. For obvious reasons, these seniors prefer staying in their own homes and communities rather than relocating to senior housing or an assisted living facility. Unfortunately, age often presents challenges to this dream of independence, but home care agencies exist to provide temporary or ongoing help to seniors whose health might otherwise prevent them from aging in place. Homewatch CareGivers is one of many home care companies that has a national reach, and it has a solid reputation for service and bills itself as ready to care for seniors needing help with transportation, companionship, higher-level personal care, and the more involved care that patients need when recovering from surgery or a hospital stay.

Homewatch CareGivers was founded in 1976, making it possibly the country’s oldest national home care agency. Since starting to expand via franchising in 1996, it has grown to over 225 locations, most of them franchises that are independently owned but operated under the company’s name. At the same time, Homewatch’s national organization does provide training to owners and does recommend standards and hiring practices, which for Homewatch includes background screening, criminal record checks, and a telephone and in-person interview.

In order to get a look inside Homewatch’s franchises, we surveyed the reviews left by current and former Homewatch employees at sites like Glassdoor and Indeed. The company’s ratings came in about average in comparison to its competitors in the field, but fewer than half of the Homewatch employees leaving reviews on Glassdoor would recommend the company to their peers looking for work, which suggests that, depending on the location, employee turnover could be a factor in a client’s experience.

“This company and their office staff are fantastic . . . They truly care about their clients and finding the right caregiver to match their needs. I feel like I couldn’t have gotten a more perfect client.”

“The staff are approachable, kind, respectful, caring, and accommodating.”

“I enjoyed the pace the clients presented, becoming ‘friends’ with the clients helped to better take care of them and their needs. The staff in the office were always helpful, friendly and encouraging.”

The most basic services provided by home care agencies include what’s known as companion care—services like medication reminders, light housekeeping, meal planning and preparation, and some transportation tasks. Homewatch provides all these services, making them a solid choice for these lower-level care options.

Home care is also about helping seniors with more difficult tasks related to hygiene and other needs, such as feeding and toileting, dressing, and general hygiene (including bathing, oral hygiene, and other tasks). Homewatch also offers this type of care for those who need such services in order to remain independent.

Homewatch also provides nursing services for higher level care needs, in particular for those suffering from chronic illnesses, but also for those recovering from surgery, trauma, or hospitalization. While these services don’t extend to tasks like wound care or maintaining feeding tubes, having a nursing professional on the case can make communication with the client’s medical professionals much easier and improve outcomes for the client as well.

Homewatch also pitches itself as specialists in senior transportation needs. One of the biggest challenges to seniors’ independence is their ability to get themselves around, whether they’re headed out to social events, doctor’s appointments, or even just go shopping. Homewatch caregivers can help with these transportation needs.

Homewatch has partnered with a few other companies to adopt the enTouch medical records system, which allows real-time communication with hospitals and skilled nursing staff in order to better manage the client’s health. This allows caregivers to stay in constant touch with their medical providers.

Homewatch, like most national home care companies, operates primarily as a franchise (though a handful of locations are owned by the parent company). This is important to keep in mind as you look at online reviews: since each location is likely to be independently owned and operated, reviews of one location may not reflect the quality of the office in your area. For that reason, it’s important to take the initiative when you’re vetting the local office—get recommendations and references, and, if possible, try to talk to some current clients. Still, having a look at a broad selection of consumer reviews can give a glimpse of any trends among the offices of a franchise, and in order to get this glimpse, we collected and surveyed more than 100 reviews posted by Homewatch clients from around the country on such sites as Yelp, Google, and HomeAdvisor.com, among others. We found that Homewatch had a solid record of customer satisfaction, with an overall weighted rating of 4.5 out of 5 stars, and we also saw these patterns among the reviews we surveyed:

People like their caregivers: Regardless of the company they’re getting the care from, most reviewers express gratitude and appreciation for their caregivers. But it’s always reassuring to see such appreciation show in a company’s reviews. Homewatch is right on par with their competitors in this respect, with caregivers receiving specific praise in the majority of reviews we surveyed, and with almost no complaints showing up, either.

Office staff and administration: Homewatch was also very much in line with other home care agencies when it came to reviewers’ opinions about the office staff. While administrators got significantly fewer mentions than caregivers, they were more often mentioned favorably than not, and several people praised the professionalism of the entire staff, caregivers as well as office workers.

Trust and dependability: How reliable are Homewatch’s caregivers? For the most part, clients found their caregivers reliable, though there were a few isolated complaints about caregivers who failed to show or who failed to act professionally, and few issues with scheduling by the local office.

“I have been using Homewatch Caregivers since July 2016. I am a retired psychologist with a terminal illness that has left me totally incapacitated. The services I receive have allowed me to stay in my home as I have wanted. The caregivers have been absolutely wonderful. Everyone I have received services from has been knowledgeable, and have been kind, wonderful human beings with a good heart.”

“The best place to get caregivers . . . The only place that I would recommend! Caring, smart. loving staff . . . They are the best—the people who work for them are gentle and thoughtful, always helpful! Can’t go wrong with them!!”

“My mom has used this organization for several years for her home care needs. It has been a pleasure working with them. Their concern for the patient, good customer service, as well as their flexibility has been greatly appreciated. They have often gone above and beyond what was expected.”

Being independently owned and operated, franchises tend to vary in the rates they charge, and rates can also vary depending on the local cost of living, the type of care provided, and the number of hours a caregiver is likely to need. That said, we have reached out to a number of selected Homewatch locations throughout the country in order to see if there are any trends in the rates they charge, and in order to compare their rates with the median rates charged in the surrounding area as published in the Genworth Financial Cost of Care survey.

Based on this survey, Homewatch CareGivers locations mostly came in under the local median, though this didn’t hold across all locations. Locations also had variable policies regarding minimum visits (most didn’t require a minimum length for a visit, though they might charge significantly more for a visit lasting less than two hours), and some locations let us know that they would consider the source of funds when setting the rates for their clients, and will sometimes adjust their rates depending on whether the care is paid for by veterans’ benefits, Medicaid, long term care insurance, or out of the client’s own pocket.

Homewatch CareGivers has a solid reputation for service and client care, and offers transportation services and nursing services for more complex medical needs. The company also provides its offices with specialized record-keeping technology to facilitate communication between caregivers and medical providers. If you’re looking for home care that can accommodate the full range of health challenges faced by seniors, or if you need special transportation services, Homewatch is a good choice if they serve your area.