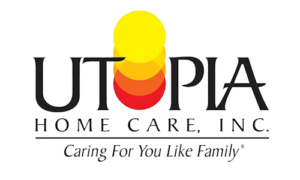 The simple process of aging presents plenty of challenges to a person’s independence, but accidents and hospitalizations can present challenges of their own, forcing seniors to seek various forms of physical therapy, speech therapy, and skilled nursing care. Utopia Home Care offers these services in addition to a full range of companion and personal care services, and could be a good resource for those confronting the physical challenges of aging.

These days, many seniors dream of being able to live independently and in their own homes for as long as possible. And yet many will have to recover from health issues in order to keep their independence. When challenges like these arise, some seniors turn to home care agencies for help, because many agencies offer help for those recovering from a hospitalization or injury. Utopia Home Care is one such agency, and while it has a relatively limited geographical reach, it does provide physical therapy and other services to help seniors with recovery, as well as medical social work services and, depending on the location, a full complement of companion and personal care.

Utopia Home Care was founded in 1983, and, having turned to franchising fairly recently (in 2013) has relatively few franchised locations, with most of its two dozen or so local offices directly owned by Utopia, in a pattern that sets it apart from most home care agencies.

In order to get an inside look at Utopia, we turned to employee review sites like Glassdoor and Indeed to see what the people who work there thought about the company. As it happened, Utopia’s ratings came in about average among home care agencies, though fewer than half of the employees who left reviews at the job-hunting site Glassdoor said that they would recommend the company as a place to work. It should be noted, however, that since Utopia has a relatively small number of locations, there were a relatively small number of reviews, meaning the ones we collected may not be representative of all employees’ experiences.

“I have honestly enjoyed working for Utopia Home Care. They truly do care for our patients like family! We have award winning staff members who are passionate about providing quality care to less fortunate individuals.”

“Great company to work for. Friendly and helpful staff.”

“This is a great company to work for. The clients you come across are sometimes great, but the learning experience between you and the clients can also be wonderful. They look at you as family and not just a worker who comes to take care of their loved one. Management is great.”

While Utopia positions itself as a provider of higher-level services, its caregivers also provide services that fall under the heading of companion care, including housekeeping, medication reminders, meal preparation, and other everyday activities that can improve a senior’s quality of life. In addition, select locations (mostly in the northeast) provide dedicated homemaker services, though the availability of such services may increase as the company brings more franchises on board.

Not every home care organization provides the types of services usually provided by home health aides, but Utopia does. In addition to companion and personal care, home health aides can assist with range of motion exercises to help with recovery and maintenance of function, change dressings as needed after an injury or operation. Utopia also offers services by certified nurse assistants, whose duties mostly overlap with home health aides.

Relatively few home care agencies provide skilled nursing services, but Utopia does (though only at selected locations). At the same time, Utopia locations also employ registered nurses as supervisors of the services provided by lower-level caregivers.

True physical, occupational, and speech therapy is usually provided by certified therapists on the orders of a healthcare provider. Utopia does provide such services at select locations, and it also employs therapy assistants who can work under the direction of physical therapists to extend to the home the care a senior receives in the hospital or clinic.

A Comprehensive Guide To The Senior Accessible Housing Act (HR 1780)

In our reviews of home care agencies, we look at a company’s track record in online reviews, but there were a few ways in which Utopia’s reviews differed from most companies’. As noted, Utopia stands out because its locations are mostly owned by the central company. In addition, Utopia also stands out for its focus on higher-level care, including skilled nursing, which means that Utopia offers more challenging services than some of its competitors, and very likely deals with a population dealing with more severe health problems. Finally, it should be noted that the company has a fairly limited number of locations, meaning that online reviews were relatively hard to find, and many of the reviews involved a smaller than usual sample of locations.

That said, the company has one of the least favorable track records of reviews among online rating sites of all the companies we surveyed, with customers giving the company a weighted average rating of 2.6 out of 5 stars, and with the following trends noted among the reviews we collected:

Caregiver issues: Again, the issues people noted with their caregivers may be related to the fact that Utopia provides higher-level care than many of its competitors in the home care industry. Reviewers tended to be in worse health, and their care tended to demand more in the way of services from caregivers. There were no complaints about caregivers’ compassion or desire to provide care, but many reviewers felt that they had been let down by their caregivers’ lack of preparation to provide the services the clients needed.

Trust and dependability: Quite a few reviewers had reservations about Utopia’s reliability, and while issues with scheduling or no-shows are a common problem throughout the home care industry, such issues seemed to get mentioned more frequently among reviews of Utopia.

My husband and I both have incurable diseases. We’ve used Utopia’s services for the past 8 months and we find their aides to be extremely qualified & trustworthy. I admit I am a tough cookie and I was very hesitant at first, but after some time they grew to be like family to us. I highly recommend Utopia for anyone looking for genuine care in their old age.”

“I had to use Utopia Home Care after being in the hospital. I had two fantastic aides. I could not have asked for any better people to help out. They were friendly, efficient, easy to communicate with, and a pleasure to deal with. I highly recommend this home healthcare agency.”

“Great agency to work with. Quality employees and compassion.”

While Utopia owns most of its locations directly, local offices do vary in the rates they charge for care, depending on where they’re located and depending on the type of care the client needs. We contacted a sample of locations to get a sense of the rates they charged, and while not every location we contacted was willing to share this information, the trend among locations seemed to indicate Utopia’s rates came in a little high compared to their local competitors, but still within the normal range. Note, however, that this may be related to Utopia’s focus on providing higher-level care to those with more complex needs.

Utopia Home Care offers higher-level care, with selected locations also offering homemaker services. In addition, Utopia offers a range of therapy services as well as professionals who can provide home support for those undergoing physical therapy elsewhere. Combined with Utopia’s skilled nursing services, the company is a good bet for those facing physical challenges and looking for a full range of assistance as they recover and regain their independence.