Home Finance & Legal How to Recognize Abuse in Older Adults

How to Recognize Abuse in Older Adults

How to Recognize Abuse in Older Adults

Disclaimer: If you suspect elder abuse is happening to an older adult in your life, call 911 or your local police. For more information about elder abuse, you can visit the National Center on Elder Abuse.

If your older loved one is being deprived of food and medication, or is routinely physically assaulted, you’d know it, right? Maybe not. Older adults are often mistreated by caregivers, but they are not always willing or able to share that they are being abused.

According to the Centers for Disease Control and Prevention, roughly one in 10 U.S. adults age 60 and older experiences abuse annually by caregivers, ranging from physical, sexual, or psychological abuse to financial exploitation or neglect. Elder abuse cases are rarely detected because only one in 24 cases are reported to the appropriate authorities, according to the 2011 report Under the Radar: New York State Elder Abuse Prevalence Study. Victims of elder abuse tend to be isolated, and they may rarely see physicians or health care workers in general, which makes it difficult to recognize elder abuse or intervene.

Long considered a silent epidemic, elder abuse is one of the most overlooked public health hazards in the U.S., according to the National Center on Elder Abuse (NCEA).

“Elder abuse is a violation of human rights and a significant cause of illness, injury, loss of productivity, isolation, despair, and premature death of older adults. There are costs and consequences of elder abuse for older adults, families, communities, and the nation,” said Karen Roberto, a university distinguished professor, founding director of the Institute for Society, Culture and Environment, and senior fellow in the Center for Gerontology at Virginia Tech in Blacksburg, Va.

What Is Elder Abuse?

Elder mistreatment is defined as psychological, physical, sexual, neglectful, or financial illegal behavior, according to Ronald Acierno, executive director of the Trauma and Resilience Center, vice chair for Veterans Affairs, professor at the Louis Faillace Department of Psychiatry at McGovern Medical School at UTHealth Houston, Texas, and lead author on the 2009 National Elder Mistreatment Study for the U.S. Department of Justice.

“Elder abuse happens to your neighbors, friends, and family,” said Acierno. “Most elder mistreatment victims know the perpetrator, even if they are not in a trusted relationship.”

Phrases such as, “elder mistreatment,” “elder abuse,” and “elder maltreatment” are used interchangeably because there is no universal term for, or definition of elder abuse used by researchers, helping professionals or policymakers. “Regardless of the term used, elder abuse is an intentional action that causes harm or creates a serious risk of harm (whether or not harm is intended) to an older person,” Roberto added.

How Many Are Abused?

Elder abuse is more common than people may think, and it continues to escalate in scope and severity. In 2018, 52 million people aged 65 and over lived in the U.S. accounting for 16% of the total population, and the U.S. Census Bureau projects that in 2050, the U.S. population age 65 and over will be 83.9 million. Globally, the older population is aging rapidly according to the World Health Organization. By 2050, the world population over age 60 is expected to almost double from 900 million in 2015, to 2 billion.

“Each year in the U.S., one in 10 community residing adults is a victim of at least one type of abuse,” Acierno said. “Psychological and financial are the most prevalent and they can be as emotionally devastating as physical abuse.”

According to the World Health Organization [2021], approximately 16% of people 60 years and older living in community settings have experienced some form of abuse yearly. Acierno’s study found that emotional mistreatment was common, with one in 20 older adults experiencing it. Unfortunately, many cases aren’t reported, and even less frequently acted upon in criminal justice settings.

“The prevalence of elder abuse is likely underestimated because older adults are hesitant to report being abused to authorities, particularly when they are abused by a family member or a person they trust,” Roberto said.

Elder abuse affects men and women across all cultures, races, ethnicities, and socioeconomic groups. It occurs mostly at home and 95% of older people live alone or with their spouses, children, siblings, or other relatives.

“There are several forms of elder abuse, often co-occurring, known as polyvictimization,” Roberto said. These forms include:

“When an older person and the abuser are in the same room, the abuser will often speak over the person or not allow the older adult to speak,” said Christopher Norman, a board-certified geriatric nurse practitioner and holistic nurse. According to the American Psychological Association (APA), there are a number of signs you can look for if you suspect elder abuse:

Norman said that it’s important to note that “people with dementia or cognitive impairment are more likely victims for all of these types of abuse.”

Other Signs of Elder Abuse

According to ​​Ayla Girouard, a licensed practical nurse specializing in geriatric and long-term care, to make it even more difficult to identify when an older adult may be in abusive situations, occasionally abuse by caretakers, family, or friends can be passed off as caring or helpful actions and motives. For example:

“These situations shouldn’t be considered the norm, and more than likely family and caretakers are acting in good faith,” said Girouard. “However, it’s important to be aware of ways that abuse can be hidden in plain sight. In these instances, if something doesn’t feel right, it could be worth paying more attention to.”

Changes in the brain and social and cognitive functioning can affect decision making and leave some older adults vulnerable to abuse and exploitation. According to the National Center on Elder Abuse, researchers found that financial abuse was the most commonly reported form of mistreatment, with older adults losing an estimated $3 billion annually. “Age-related changes are one thing, whereas a clinically significant cognitive impairment like dementia is not normal aging,” said Norman. “Both can make a person more at risk for abuse, but dementia more so.”

A 2010 study of 129 people with dementia at their homes with their caregivers, found that there was some form of mistreatment by caregivers occurring with 47.3% of individuals studied. Characteristics associated with caregivers’ mistreatment of those with dementia may include anxiety and depressive symptoms and perceived burden or emotional problems, according to the NCEA. A loss of family and friends and feelings of loneliness without anyone to call for help are also factors.

“Social isolation (being restricted from seeing family and friends) is the most important risk factor for all forms of abuse,” Acierno said. “Social connection and support are the most important protective factors for preventing abuse and the negative effects.”

Even in cases of obvious abuse, older adults are often hesitant to report their abuse to authorities or anyone who may be able to help. As with anyone experiencing abuse, reluctance to report it may be due to feelings of fear, shame, denial, or simply having no access to someone to report it to. “Not wanting to be a burden or make a fuss is another typically observed or discovered reason when these cases are investigated,” said Norman. “When a person’s world is small (isolated) and abuse is common, it’s normalized—not always seen as a problem by the person being abused. It’s a startling but real consideration in these cases.”

Fear: Abused older adults may be fearful of retaliation from the abuser, fearful that they’d be separated from their family and friends in order to escape the abuse, or even afraid that they won’t be believed.

Shame: Most older adults have lived full and able-bodied lives and may feel a sense of weakness or shame around the fact that they are now being abused.

Denial: Particularly when the abuser or abusers are family members, older adults may be in denial that their loved ones would abuse them.

Isolation: For many older adults, the problem may simply be that they don’t have contact with anyone else or the resources to know who to report to.

What You Can Do

If you suspect elder abuse, call the police or 911 immediately if someone you know is in life-threatening danger, Roberto said. “If the danger’s not immediate, but you suspect that abuse has occurred or is occurring, contact your local adult protective services, long-term care ombudsman [whose job is to investigate complaints within the facility or organization], or the police.”

The good news is that intervention is simple—it requires social connection.

“Check in on your older relatives and neighbors and involve them in the community. Connection is everything,” Acierno said. 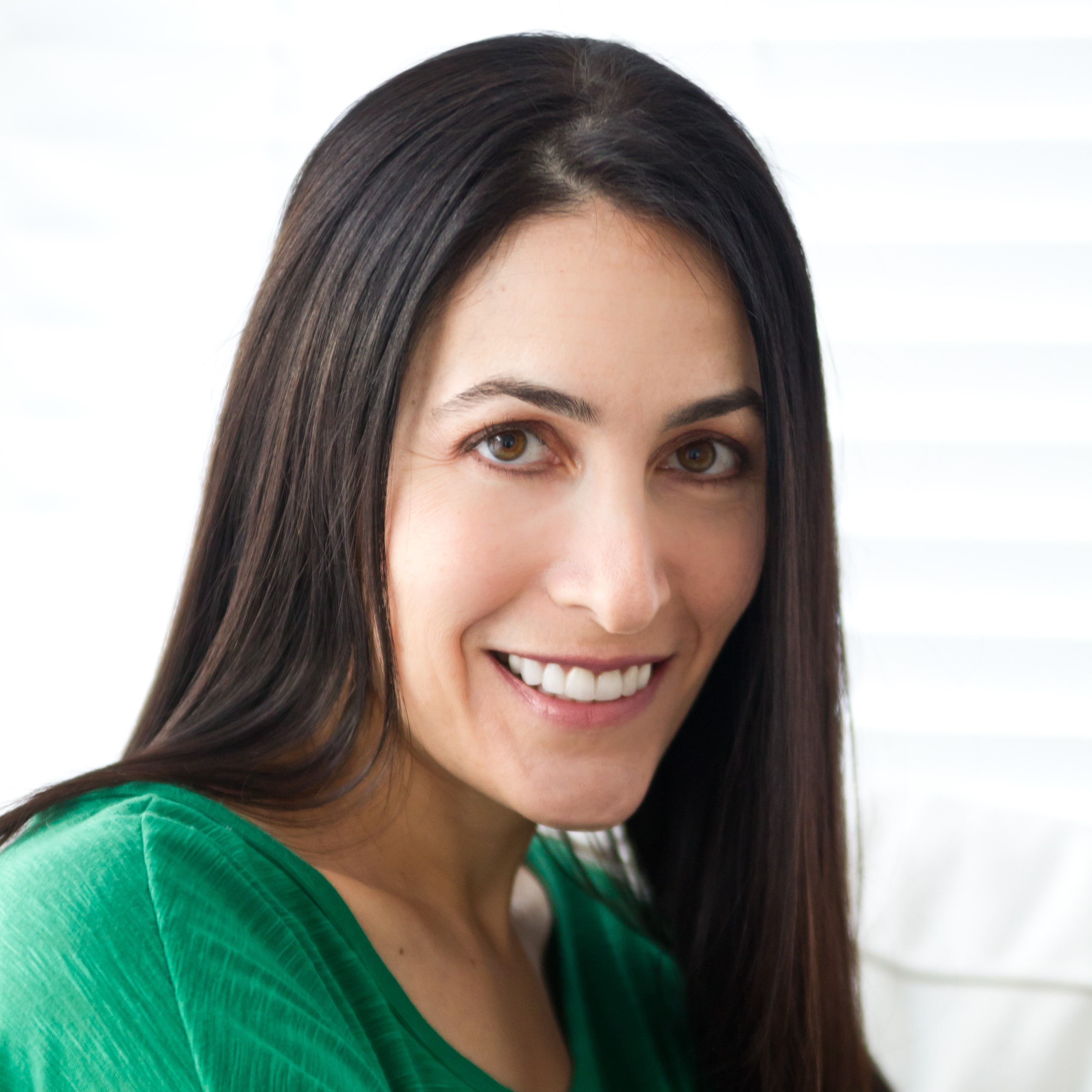 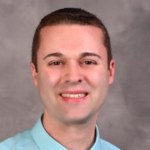 Christopher is a Board-Certified Geriatric Nurse Practitioner and Holistic Nurse. As a Nurse’s Aide, Registered Nurse and now Nurse Practitioner, he has loved working with older people since 2004. He earned his Master’s Degree with Honors at Yale University, completed an Advanced Practice Nurse Fellowship in Geriatrics at New York University, and gained comprehensive experience working with people with dementia (and their families) at Upstate Medical University in Syracuse, NY.