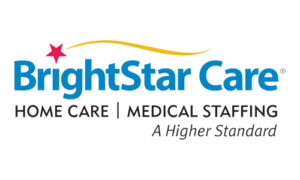 Almost all seniors would like to stay in their own homes for as long as possible. Unfortunately, injuries, surgeries, advancing illness, or even the loss of function that comes as an ordinary part of aging can all threaten a senior’s independence and make staying at home untenable. That’s why many seniors and their families turn to home care services. A visit from a caretaker lasting only a few hours a day can provide an enormous boost to a senior’s health, dignity, and self-sufficiency. BrightStar Care is one of the larger companies offering home care in the US, and while they do offer some of the basics of home care, they’ve also positioned themselves as a resource for those needing more intensive help.

BrightStar offers a full range of home care services, but also specializes in higher-level care for people needing more help, or people dealing with particular issues. While their rates do tend to range slightly higher than average, they have a track record of quality that puts them on a par with their competitors. In short, for those looking for senior home care—and in particular for those who may need a higher level of care—it’s a good idea to contact your local BrightStar office.

BrightStar moved quickly to a franchise model since its creation: The company was founded in 2002 and began offering franchise opportunities to its owner/operators in 2005. By 2017, it had expanded to around 325 locations around the country, giving it a significant presence in the home care market. As a franchisor, BrightStar’s central office isn’t directly involved in the operation of each location, but it does provide guidance, set standards, and offer other support.

While no single office necessarily represents all of BrightStar’s locations, we did take a look at how caregivers in several different locations regarded the culture and quality of the office they worked for, and found that BrightStar offices, on the whole, came in about average compared their competitors in the eyes of their employees, with decent ratings on sites such as Glassdoor and Indeed, and with most employees surveyed (by the rating site Glassdoor) saying that they would recommend the company to their friends. Home care is a stressful occupation, however, and some employees did voice some complaints about scheduling and other administrative issues, but again, these complaints weren’t unusually frequent compared to the industry as a whole.

“I’ve been working for Brightstar for two months. They are a wonderful company to work for. Great management.”

“Management is efficient. And has best interest of clients and employees and each other at heart at all times.”

“This was the best caregiving company I’d ever worked with . . . I absolutely loved the clients! Especially working in home one on one with clients where they can be comfortable in their environment and I had more time to focus on the clients’ needs and enjoy their time.”

Eugene, OR (via Indeed)

BrightStar offers a full range of the lower-level services that characterize home care, including help with bathing and hygiene, feeding, light housekeeping, and meal preparation and cooking. The company also provides some less frequently offered services, including pet care, home organization, scheduling assistance, and an evaluation of the home for fall risks and other potential hazards.

For disabled seniors and those whose advancing years or recent setbacks have hampered their mobility, BrightStar offers a specific suite of higher-level services, provided by certified nursing assistants or other therapeutic professionals. These services include:

Care For Those With Neurological Issues

BrightStar also offers specific care for those with Alzheimer’s, dementia, and other neurological problems, including around-the-clock care for clients with advanced illnesses.

Since BrightStar, like most home care companies, is run on a franchise model, it’s essential to keep in mind that a company’s national reputation may—for better or for worse—not apply to their local offices. For that reason you should plan to reach out to several different local home care companies, and ask for references as well as an opportunity to contact current clients.

Nevertheless, the franchise model still allows the company to exert its influence on local offices, and looking at the big picture can reveal some useful information about the consistency and quality of the service offered at individual locations. In order to get this big picture, we’ve surveyed several online review sites, collecting over 100 reviews from current and former clients of BrightStar offices from around the country.

Our finding? BrightStar gets ratings that come in at about average among its competitors—4.4 out of 5 among the reviews we collected—with no significant trends that would raise doubts about the company’s overall quality. We note the following trends:

“Great Company!!! The caregivers are very professional and the office staff are on call 24 hours a day!”

“Brightstar has been a wonderful service for my parents and family. They do everything from light housekeeping to personal care for my parents. Made their last days very comfortable in their own home.”

“I am very thankful for BrightStar and their great employees. I think they are very trustworthy and caring. I would highly recommend them to my friends and family.”

The rates charged for home care move up and down depending on where the services are provided and, sometimes, depending on state regulations. For that reason, we surveyed a cross-section of BrightStar locations around the country about the rates they charge, and then compared our survey results with the median rates for that area as compiled in the Genworth Cost of Care study.

BrightStar locations came in a little on the high end compared to the median rates in the areas we surveyed, though that may be due in part to the fact that the company tends to offer higher-level care—most companies do charge higher rates if the client needs more intense help. It should also be noted that some locations do impose a three-hour minimum visit requirement, which is a standard practice in the industry.

Most home care companies focus on providing basic companionship and housekeeping services along with the more intensive services that fall under the heading of personal care. BrightStar Care offers these types of basic home care, but is also one of the few companies that provides care beyond that spectrum, including post-operative care, hospice care, and assistance with rehabilitation. In addition, it offers specialized home care services to address neurological disorders such as Alzheimer’s and dementia and to assist clients with disabilities. For those looking for specialized or higher-level care, BrightStar is a solid choice.